We were approached by Dragonfly Productions to advise on the feasibility of producing a three dimensional reproduction of a rabbit warren for a series of television programmes called ‘The Burrowers’ (first shown on BBC 2 16th August 2013).

Mapping a rabbit warren in cement

We worked with the client to produce a range of options that would satisfy the budgetary requirements whilst fulfilling their brief. The technique that was eventually implemented was to introduce a cement grout into the warren until full capacity was reached.

The addition of a mole fortress

The first stage was to identify a warren system that was feasible for grouting. Bicton Park in Devon provided the perfect solution, a disused warren system of the right size. At the same time a mole fortress was identified and we were asked if we would be able to inject this at the same time, we were only too happy to oblige.

The project was broken into two phases. The Injection Phase and the Excavation Phase, both were planned carefully with the client to maximise the filming potential during the construction. Our own operatives completed the grouting phase of both systems in cold and snowy conditions in January 2013.

Once completed both systems were left, marked and in situ until a full cure of the grout was achieved leaving a fascinating sculpture of the entire tunnel system.

This was the first time that a three dimensional form of a rabbit warren had been successfully achieved and Bicton Park intended to keep the form as a permanent display to demonstrate the depth and scale of a rabbit warren system – a fascinating insight into their life underground.

The Burrowers was hosted by BBC’s wildlife expert Chris Packham, to see a clip of the click here. 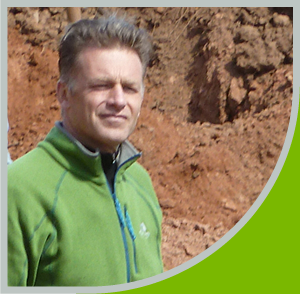 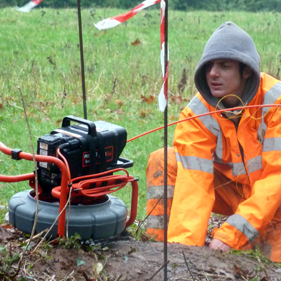 Initial inspection of the warren

Planning and preparation of the site. Identifying and marking of all entrance holes and surveying the warren to confirm that the warren was not in use. 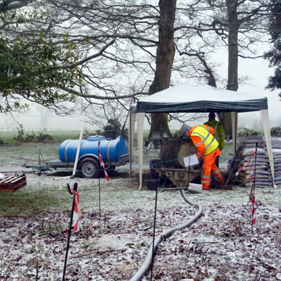 Setting up of the grout pumping station

In very cold conditions our team set up the pumping station ensuring it was out of shot for the film crew. 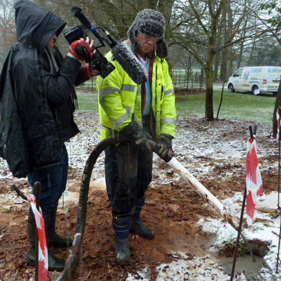 Grout injection into the warren system

Our operative was filmed injecting the grout into the entrance of the rabbit warren’s network of tunnels. 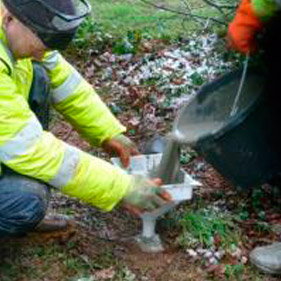 A cementitious grout was poured directly into the mole fortress ready for excavation. 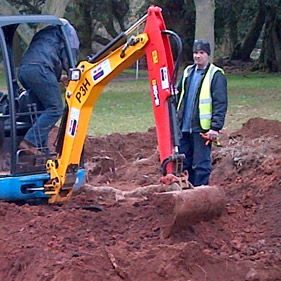 The first stage of excavation

The first stage of the excavation phase was by mechanical means to remove the bulk of the unwanted material. 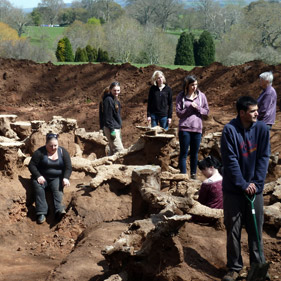 Once this had been achieved the site was excavated by hand, with Stress’ operatives managing a team of volunteers to expose the delicate system of tunnels. 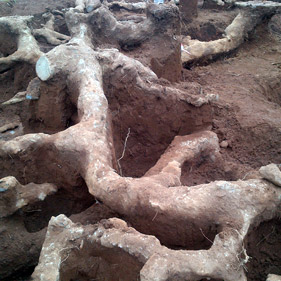 Exposure of the tunnel network

The results were impressive. Each tunnel form was exposed then brushed clean. The level of detail achieved showed the claw marks left by the original inhabitants during construction. 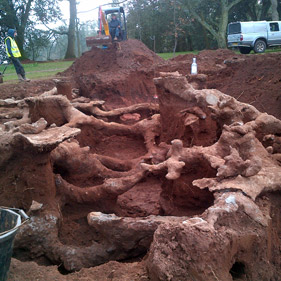 Both the warren and fortress were excavated at the same time. The warren a tangled mass of tunnels and the complete linear construction of the fortress.